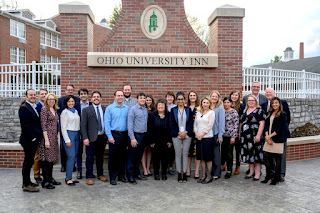 Nearly 20 veteran journalists from newsrooms around the world made up the 2019 class of Kiplinger Fellows at Ohio University. 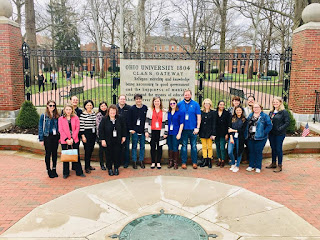 Several fellows were chosen from outside the United States – including Spain, Moldova, Costa Rica, Belgium, and two from Canada. Nearly 400 journalists applied for the fellowship program, which took place April 7-12 at the Ohio University Scripps School of Journalism in Athens.

“The talented pool of journalists wanting to participate in our fellowship is inspiring, but makes the selection process all the more challenging,” executive director Kevin Z. Smith said. “It’s always a difficult process to select the few who come. We believe this class is a great representation of the current state of global journalism with freelancers, online producers as well as those from legacy media coming to Ohio. These are excellent fellows.”

Smith said the fellowship’s mission is to train and return the Kiplinger Fellows to their newsrooms (or home offices) armed with a new set of digital skills and the motivation to train others and improve the level of journalism worldwide.

The international 2019 Kiplinger Fellows include: 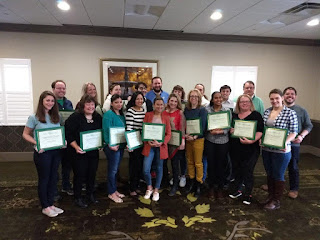 The Kiplinger Program in Public Affairs Journalism is in its 46th year, spending the first 45 at Ohio State University. It has evolved since its founding, transitioning from a nine-month master’s program to a digital media fellowships in 2011. In addition to the weeklong fellowship, the program offers workshops and training across the globe. In 2018, the Kiplinger Program training reached nearly 1,200 journalists. Full information about the Kiplinger Program is available at www.kiplingerprogram.org.

The Kiplinger Program was endowed at Ohio State in 1973 by Austin Kiplinger in honor of his father, W.M. Kiplinger, one of the university’s first journalism graduates in 1912. W.M. Kiplinger pioneered a new kind of journalism when he became publisher of The Kiplinger Letter and later Kiplinger’s Personal Finance. He has been described by his son as “a dedicated journalist, a muckraker and an inspiration to young journalists… a very original thinker.”
Posted by Ginny McCabe at 6:44 AM