BALTIMORE – The Society of Professional Journalists annually selects professional chapters to honor for their commitment to SPJ’s mission and the profession of journalism.

Large Chapter of the Year

The San Diego Pro chapter is honored as the Large Chapter of the Year for its dedication to education and continued commitment to the mission of the Society.

Within the past year, San Diego hosted a ceremony to recognize the best (Window) and worst (Wall) of transparency in government. In a joint effort with the library system, chapter members educated the public about trust in news coverage. As these initiatives would imply, San Diego has taken a leading role in acknowledging advances in journalism while exposing areas that are lacking. Offering scholarships for students, resume workshops and speaking engagements in journalism schools are just some of the ways San Diego gave back to and engaged the community this year.

The runner-up for Large Chapter of the year is Florida Pro.

Small Chapter of the Year

The Arkansas Pro Chapter was named the Small Chapter of the Year for its dedication to involvement, programs and events.

Arkansas Pro displayed strength and depth in programming at the Region 12 conference, which the chapter hosted. The currency of its programs showed its readiness to weigh in on new issues that arise in the field of journalism. Chapter programs examined the coverage of important moments in history, how and when to use anonymous sources, using Google tools and discerning real from fake news.

Arkansas Pro continues to stress the importance of FOI, both through programming and successful advocacy in the legislature. All of this was accomplished while the chapter offered scholarships to students and volunteered for SPJ Day of Service.

The runner-up for Small Chapter of the Year is Greater Cincinnati Pro. 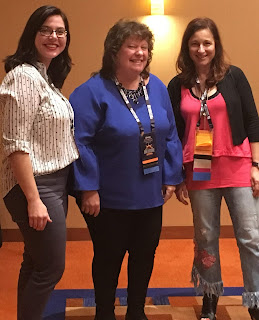 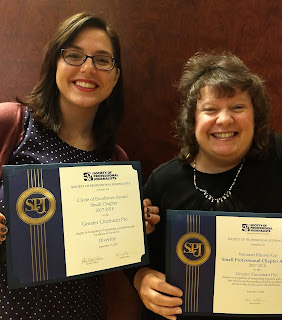 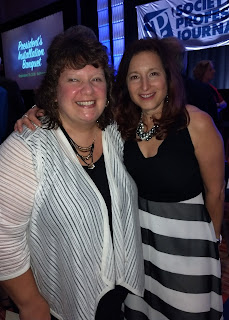