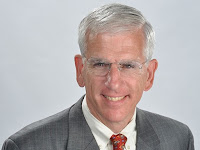 Tom McKee has officially been appointed as the Region 4 Director for the Society of Professional Journalists.

It’s an exciting new opportunity for him to coordinate activities for the professional and student chapters in Ohio, Michigan, West Virginia and Western Pennsylvania.

Tom has been a tremendous asset to the chapter, leading the way as the Cincinnati SPJ Chapter was named “Chapter of the Year” three out of the last four years. Congrats, Tom!

He will remain as a board member of the chapter. He will also continue to chair the chapter’s annual Excellence in Journalism contest and help to organize the upcoming 50th Anniversary Luncheon. 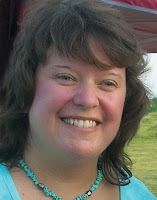 Ginny McCabe will immediately assume the role of chapter president. She is a tireless worker with a tremendous ability to lead the chapter. She has served as the chapter’s secretary for the past five years. Jenny Wohlfarth will continue to serve as vice president of the chapter. Hagit Limor will remain as the chapter’s treasurer.

Ginny is a recent graduate of the Ted Scripps Leadership Institute. She and two other Cincinnati SPJ Board Members, Cara Owsley and Corinne Minard, recently attended the weekend training session in Pittsburgh on Oct. 20-22.

Ginny has been active in the chapter since 2010, and has excelled in a variety of roles, such as organizing programs and editing the chapter newsletter to coordinating communications and leading the chapter's social media efforts. Ginny also helped to start a new local SPJ program for freelancers. Welcome, Ginny.
Posted by Ginny McCabe at 3:51 PM